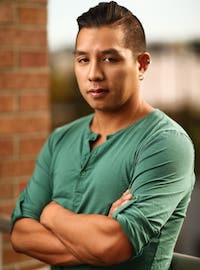 Aerhyn is a Vancouver-born musical theatre & TYA performer who has been gracing stages & schools all across Canada since 2004.

Aerhyn started studying music at the age of 6 with piano, and by the age of 8, joined the Vancouver Bach Children’s Chorus and started the violin. Since then, he’s picked up 5 more instruments, played in the Vancouver Youth Symphony Orchestra, and has toured all over the world.

While at first he was studying music at Capilano College, Aerhyn caught the acting bug when he started taking a musical theatre elective class. He immediately switched over to the theatre department, and hasn’t looked back since. With the training he received from Cap’s theatre program, plus some added training at Harbour Dance Centre in downtown Vancouver, Aerhyn has also added teaching dance & choreography to his list of skills, having not only taught dance at a few high schools around the lower mainland, but has also choreographed a handful of musicals.

Aerhyn made his professional debut in the now infamous production of “Alley Cats: The Meow-sical”, working alongside the late Denis Simpson. Since then, he has performed in 9 seasons at Theatre Under The Stars (where he received the Aida Broadbent Award in 2009), 3 seasons with the Royal City Musical Theatre company (most notably as “Pepe” in “West Side Story”, directed by the late Lloyd Nicholson), and 40 other musical theatre productions in and around Vancouver. A big fan of the creative process, Aerhyn has had a hand in the creation of a dozen new musicals. He has also toured around BC and Alberta with the Axis Theatre TYA show “Raven Meets The Monkey King” as “Sun Wu Kong, the Monkey King”, and had done stints with Rosebud Theatre in Rosebud AB, SaskExpress in Regina SK, and Magnus Theatre in Thunder Bay ON. In 2012, Aerhyn produced and performed in the Canadian premiere of Salzman & Cunningham’s “I Love You Because” with his theatre company Intimate Theatre Productions to stunning reviews.

Aerhyn is proud member of the Canadian Actor’s Equity Association. 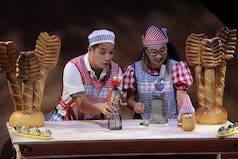 Will in All I Want For Christmas Is You

Choreographer for The Wiz

Songs For A New World Our world is an ever-changing complexity. The modern era is seeing a massive shift in paradigm as we gain access to information at a rate never seen before, and this shared information is allowing our species to evolve on a sociological level at a rate that would have been impossible even two decades prior. Capturing the consequences and feel of that shift in a two-hour musical is a damn ambitious goal and a nearly impossible task, but Songs for a New World tries and comes closer than you might think.

Read More
One Plus One

This brand new musical from local composers Gil and Sarah Jaysmith explores the heartbreak and havoc wreaked on relationships by infertility. Directed by April Green, musical direction by Clare Wyatt, and choreography by Aaron Lau, the show was long (3 hours) but the music and humour made up for it.

Read More
The Girl in the Frame

If you were watching TV in the 60s, The Girl in the Frame (book, music and lyrics by Jeremy Desmon) will remind you of I Dream of Jeannie. That half-hour show was light and romantic and silly and this is light, romantic and silly, too. Under the direction of Julie Tomaino, and the musical direction of (and the always spirited piano accompaniment by) Wendy Bross Stuart, the talent and commitment of the quartet of singer/performers is evident.

Eleven-year-old JJ has dreams of becoming a rich and famous treasure hunter. One day, she strikes it big when she buys a mysterious box at a garage sale. Inside, she finds a raven mask and an old Chinese opera poster. Doing so, she releases the spirits of the Raven and the Monkey King, who were trapped in the box for 90 years. Together, they share their life stories and teach JJ to understand a life lesson that the value of money pales in comparison to the values of family and history.

Forbidden Broadway, the popular musical-theatre parody, returns to Metro Vancouver this week. For one week only, Fighting Chance Productions presents a best of version of Forbidden Broadway to Langley audiences, poking good-natured fun at shows like Wicked, Les Misérables, Mamma Mia, Hairspray, and The Phantom of the Opera.

Psychedelic. This production of Joseph and the Amazing Technicolor Dreamcoat fizzes with youthful energy by reaching back into the groovy past, man. Andrew Lloyd Webber and Tim Rice’s 1982 musical has been done a lot, but director Shel Piercy delivers on his promise to make it fresh. He sets the play in 1967 in an abandoned theatre, where a group of kids have been rehearsing a play about Joseph and his coat.

Aaron is delighted to be a part of the Baking Time cast! Now a veteran of Vancouver theatre stages, Aaron has performed in over 50 shows since his debut as Chuck Cranston in Footloose at Theatre Under the Stars Vancouver in 2004. His career includes nine season at TUTS, three seasons at RCMT, three runs as High School Musical’s Chad Danforth with URP, four tours as Sun Wukong with Axis Theatre’s Raven Meets the Monkey King, and helping create eight original musicals.

It may not be every day that a musical theatre producer chooses to quote Yoda to make a point, but Aaron Lau can't help himself. He has a favourite quote about his approach to life these days, and it happens to come from the Star Wars Jedi master: "Do, or do not. There is no try." 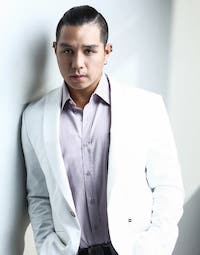 "Aerhyn Lau puts his strong voice to excellent use" 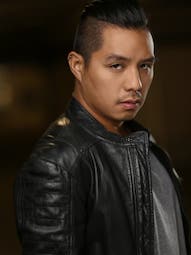 Thank you for the email, we'll be in touch soon!